Every legacy of success begins somewhere. For Ciciban, that place was the small border town of Miren nestled in at the foothills between Italy and Slovenia. It was the year 1908 and a remarkable tale of enterprise had begun. A group of local shoemakers and cobblers joined together in Miren to form the Adria Cooperative. The cooperative produced handmade footwear for children and adults and sold it through its own network of twenty retail outlets in Italy and Slovenia. 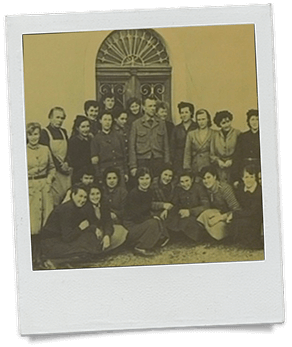 In 1922, Ivan Petejan, a master shoemaker, began to manufacture his own line of footwear and retail it through the Adria Cooperative’s retail outlets. His business grew quickly and, at its peak, employed a staff of twenty shoemakers, cobblers and apprentices.

As the misfortunes of Second World War swept through Europe, they had all but halted shoemaking efforts in Miren. In 1947, some of the original Adria Cooperative members re-united and restarted operations under the name Jadran Shoe Company. A few years later, Jadran Shoe Company merged with the Ciciban Shoe Company whose principal product was footwear for the smallest of customers. The new company, called Jadran-Ciciban, eventually dropped the word Jadran from its name and continued operating only as Ciciban. 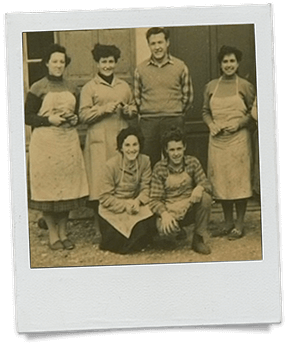 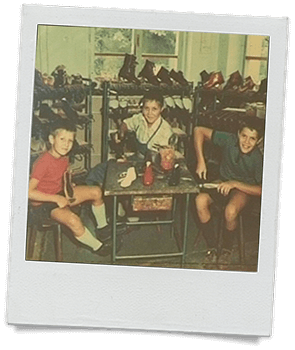 Meanwhile, in 1953, Ivan’s son, Pavel Petejan, took over the family’s shoemaking business. In 1954, Pavel decided to focus the company’s efforts exclusively on made-to-order children’s shoes. The Petejan Family’s business continued to expand. By 1960, the business was a major supplier to a number of larger footwear manufacturers. In 1975, Pavel took the business in a totally new direction – custom orthopedic shoes. Pavel was a visionary dedicated to serving the needs of his customers and the results of his vision were evident in the rapid growth of his business. In 1984, Pavel handed the reigns over to his three sons, Robert, Boris and Thomas and their spouses.

Throughout the 60s, 70s and 80s the Ciciban brand dominated the children’s footwear market space in the region. The word Ciciban is a fictional term of endearment from a children’s nursery rhyme. However, that is not what the word was widely known for. It came to be synonymous with ultra-high quality and healthy foot development. Young parents scrambled to buy a pair of Ciciban shoes for their toddler before they started walking, because a pair of Ciciban shoes was considered an absolute “must have” for a child’s first steps. 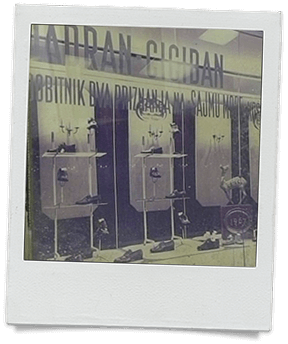 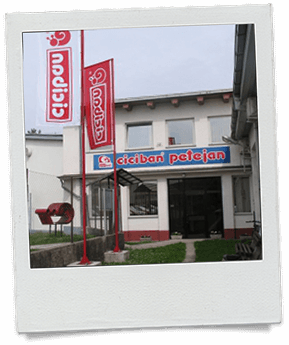 In 1995, the Petejans acquired the Ciciban Company and all of its manufacturing operations. Cognizant of the high regard in which its customers held the Ciciban brand, the Petejans preserved all the key ingredients of Ciciban’s recipe for success: a highly skilled and motivated workforce, an uncompromising commitment to quality, cutting-edge technology and ongoing engagement with the medical establishment in pursuit of modern design ideas that are in sync with the latest trends in orthopedic research. In 2000, two more footwear manufacturing facilities in the area were brought into the fold to further increase production capacity and expand operations.

Unlike so many western footwear manufacturers who had moved their manufacturing operations offshore in search of cheap unskilled labor, often at the expense of quality, Ciciban stayed true to its reputation and to Miren’s longstanding shoemaking traditions. Ciciban’s entire operation is still anchored in the heart of Europe – the same place where this tale began back in 1908.